To The Moooon
in Setting The Stage 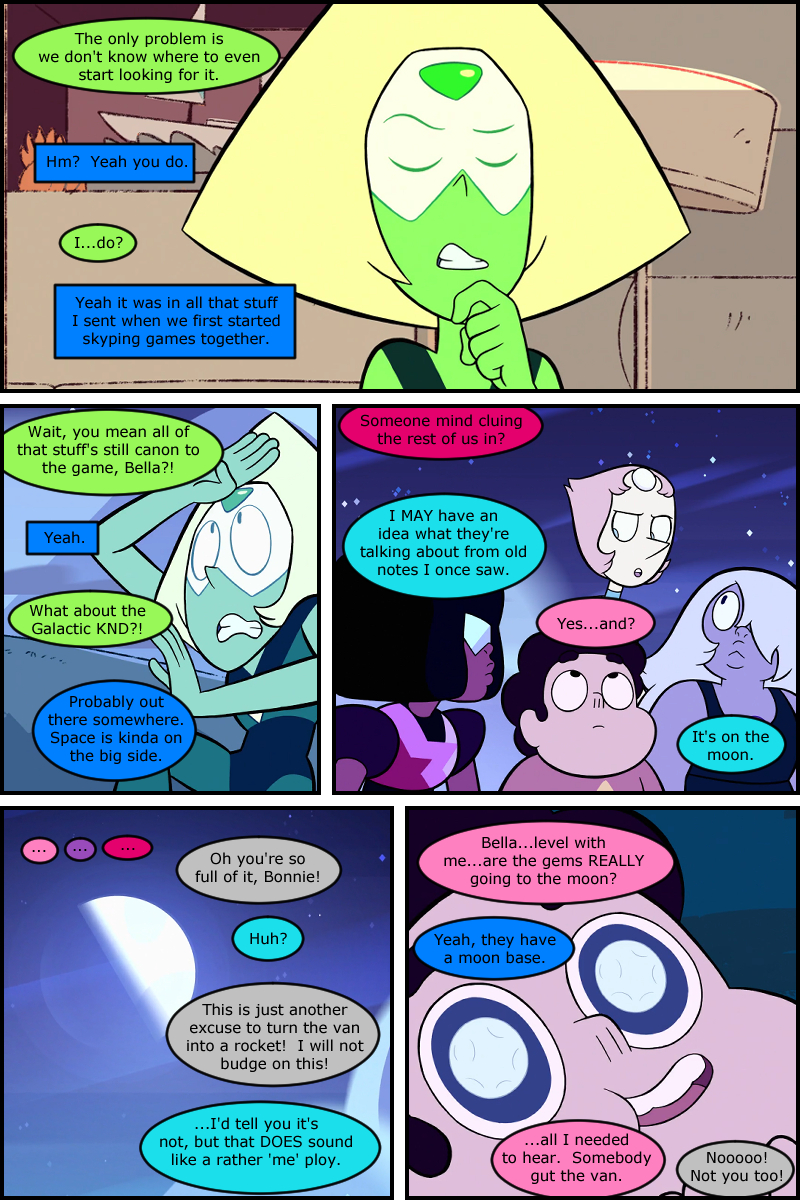 I'm curious if the van is actually going to be turned into a ship offscreen or if we're still sticking to the "Lion warps there" idea as in the original. If the latter, I wonder who's going to be the first to suggest it.

SO, Last we left off in my pointless, self-indulgent retelling of a currently-on-hiatus World of Darkness campaign using pre-release Information for Devient:The Renegade, i Explained a little big about Jojo, and his Bounty-Hunter Ex-Confederate, and Dave, and his attempt at going Max-Weeb while attempting to keep it interesting...

This is the Story of the THE CONSORTIUM OF NOTEWORTHY INDIVIDUALS!

If you know what this is a Referance too, you get a gold star.


We opened in the Boonies in Missouri because i felt it was best to start in the state that basically started the civil war, and that i have many personal issues with(Having lived there my entire life thus far), Some time after the American Civil War, but before the end of the Victorian Era, in a Rather small trade town not to far from the regions only Train Station, with Jojo's Cowboy, Josiah "Sunrise Kid" Joyner, whom for efficiencies sake i will call "Jojo", turning in some offscreen bounty...

And Immediately Jojo begins talking to his horse, and thus he developed a relationship with it akin to a far more badass Scooby and Shaggy, crossed with Kristoff and Sven... as in can have fairly deep conversations with, but its seemingly all in the human's head.

Horses name is Falcon and he sort of became the comedy MVP... the Horse is able to tell Jojo things jojo was unaware of or did not witness, much to Jojo's confusion IC, and hilarity OOC.

Falcon was not planned.

ANYWAY, he went off, talking backstory to his Horse, as Dave waited his turn, bringing up how the North torched his farm at some point during the war, of which Falcon was the only Survivor(Jojo was off -IN- the war), and how most of his Bounty Hunting money is going towards rebuilding the place... which is one of his Touchstones/Loyalties, which i will not elaborate on here because lazy.

On his way to the Tavern to get a hit of that Alcohol, he passed by a Cemetery and saw a WEIRD sight... a Caucasian girl dressed in oriental priestess robes(not that he knows what those are), and stops to go make sure she's allright, as its currently snowing, and he is worried she's some sort of mental patient someone left unattended...

This is where we are introduced to Aoi Kayda of Edo... a intentionally awkward mixture of Japanese and Europian names and naming schemes... Her Powers are far more overt and less obvious then Jojo's, as described last time... what i did not get into is, mainly as fluff, her various powers are Tied to a sort of Split Personality thing she has... i don't remember the Weeb-Words for them, but they were simultaniously themed afrer the four parts of a Kami's soul in japanese mythology, AND the Four Humors...

Yeah Dave's characters tend to be Pokemon levels of complex when it comes to cultural references and details.

(Cont.)
So, these two Weirdos met, and Discussed why she was there... namely all of the lost souls left in the souls wake... the dead forgotten on battlefields and the those lost and never found to the land, as well as the near completely disregarded spirits of the land itself, and her mission is to put to rest the spirits of the dead and lost, and appeasing the natural spirits of the land that is being so aggressively harvested by men... and that her current objective is to head to Gettysburg, where the conflict was the most brutal and climatic, to pray for all those memorialized there, and to acquire atunement to track missing souls lost in the conflict...

Yeah Dave also likes Characters that give the DM the ability to drop Plot Hooks at absolutely any time.

Dave is the best PC you could ever ask for, in that regard.

Needless to say, Josiah goes from doubtful and sarcastic, to wanting to help her get to Gettysburg... and stop by the remains of his family farm, to help put family and friends he's lost during the war to rest.

So they head to the Tavern together, as Kayda finishes her ritual... which causes her persona shift to her "Happy/Sanguine" Quadrant, where she's is suddenly very cheery, bubbly, and we all three quickly realized this one was going to QUICKLY devolve into Pinkie Pie.

Fitting that one of Kayda's power was the ability to run as fast as a horse, casually, which she proceeds to introduce to Josiah here, alot with many 'Demon Slayer' running memes.

They talked for a bit while having a walk through the gentle snow, having a SLIGHT startle when Josiah, with his legendary perceptionary powers, notices a huge white wolf trailing them, that stopped upon being noticed.

I forgot about this foreshadowing until literally this moment. Weird. :D

So, while i was doing some last Minute DM work, as i am known to do, they chatted about philosophy, why Kayda needs to not be announcing she's technically Brittish, or openly discussing her religion and beliefs, and she, in typical Dave fashion, kind of explodes his reasoning as unimportant and kind of petty. I gave them both a Beat for the Echange.(another game mechanic i wont get into.)

They they made it to the Tavern/Inn, in this small wooden town and got situated, before Meeting the first important NPC of the Campaign... and a small part of the problem that put the game on Hiatus... the only main NPC i had planned, Mr.Johnson, a Banker whom was in need of a Escort to a place just south of Gettysburg, for mysterious reasons... willing to say yes to whatever price the somewhat famous Josiah Joyner asked of him... which came to about several hundred dollars, and another 50 for every sap he had to put in the ground on the way there...

This is a absolute fucking fortune back then.

Kayda Agree'd aswell, for other Reasons(Her imaginary friends told her too, and she tends to do whatever the Spirits tell her too)... and so they went to bed, both taking rooms that were directly infront of Johnson's room, which was at the end of the upstairs hall... and went to bed.

Next time, i will get into the first real combat encounter, and how a Prologue Boss became a crowning moment of Hilarity.